Good scripts can be hard to come by. Thankfully, this one landed in my lap.

Wrecked is a new web series created by some hip young folks at Honey Toad Studio. It is hilarious. Hilarious and raunchy. Really raunchy. It is about Spencer, who loses her job and her boyfriend and is forced to move in with her brother in Seattle. I play the girlfriend (Maggie) of Spencer’s love interest (Ted). That’s right. You can probably see where this is going…

Maggie is so fun and bubbly. She reminds me a lot of the role Elie Kemper plays on The Office and in Bridesmaids. It isn’t very often that I get to stretch my comedy chops, especially improv ones, so this project has been a blast. I’m only in the last episode of season one, so I only had one big day of shooting. It was at this bar in Seattle that really puts the gay in gay bar. There were pictures of naked men everywhere, so it was really fun playing Maggie’s reactions to them.

My first set up was at the bar getting drinks with Spencer’s best friend Thomas (played by the superb Sean Patrick Mulroy). Liz the director let us keep going after the scene was done and as lib. It took a focused effort not to pee my pants from laughing. Hopefully some of these out takes will make the blooper reel!

The first episode is set to air October 15th so stay tuned! 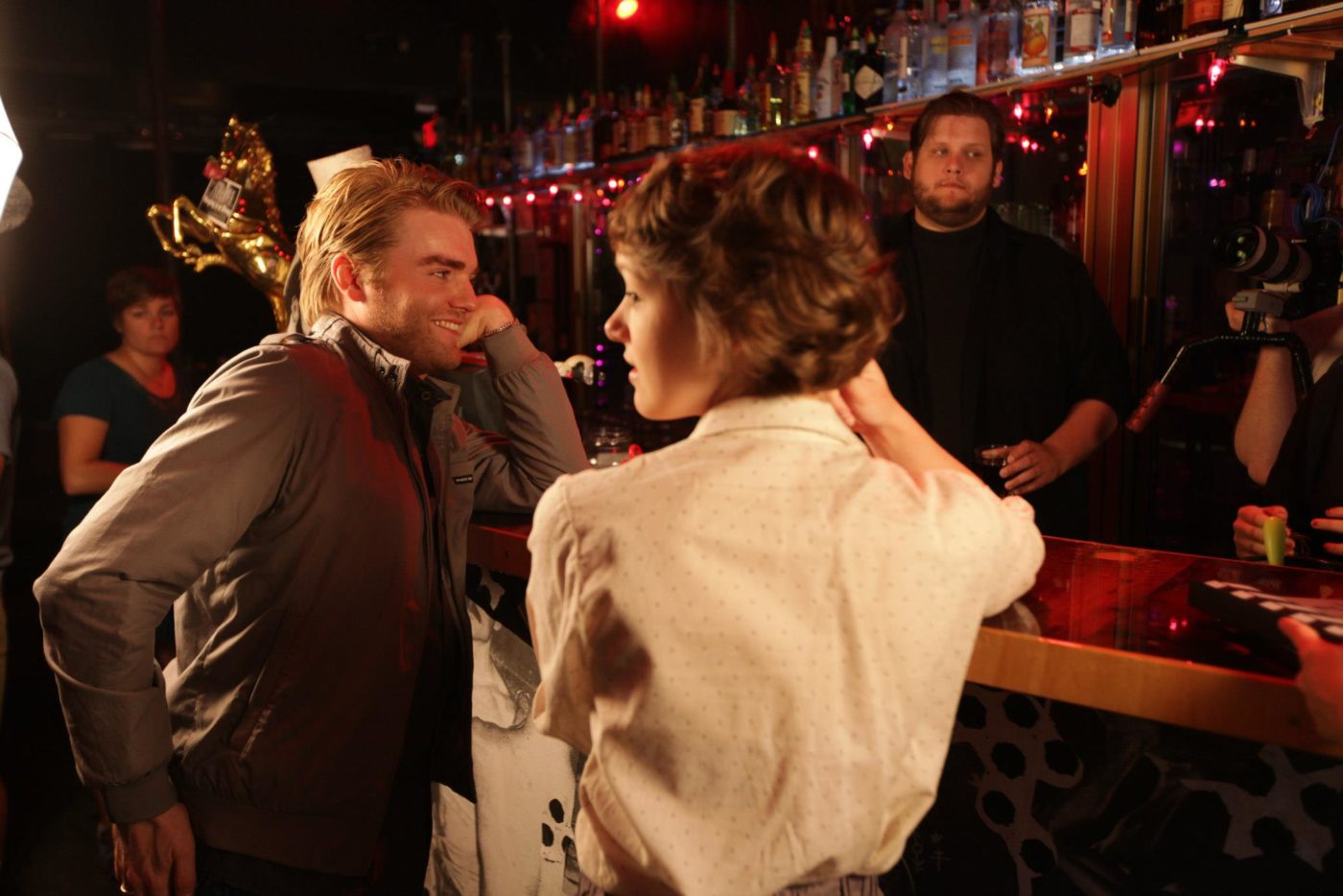 Sean and I at the bar